Mirvac and AMP have won three categories at this year’s International Property Awards (IPA) for EY Centre, 200 George Street in Sydney’s CBD, taking its total award tally to 12 so far.

The EY Centre won IPA awards in the High Rise Development and High Rise Architecture categories, as well as the Office Interior category for Mirvac’s headquarters located within the building.

According to Mirvac’s head of Office & Industrial, Campbell Hanan, “It’s a fantastic achievement for Mirvac, together with our architects Francis-Jones Morehen Thorp, and our workplace advisory firm, Davenport Campbell, who significantly contributed to the creation of this world-class building and our state of the art headquarters.”

In terms of sustainability, EY Centre, 200 George is Australia’s first fully LED lit building, resulting in reduced power consumption costs, lower maintenance cycles and a reduction of landfill. It also features the world’s first closed-cavity façade and timber blind system, which enables tenants to control the light and heat radiating from outside.

The façade has been designed to reduce the need for a large energy plant and engineers significant cost and energy savings which contributed to Mirvac’s headquarters achieving Australia’s first Gold WELL rating from the International WELL Building Institute in 2017.

So far, the EY Centre has won or has been highly commended for: 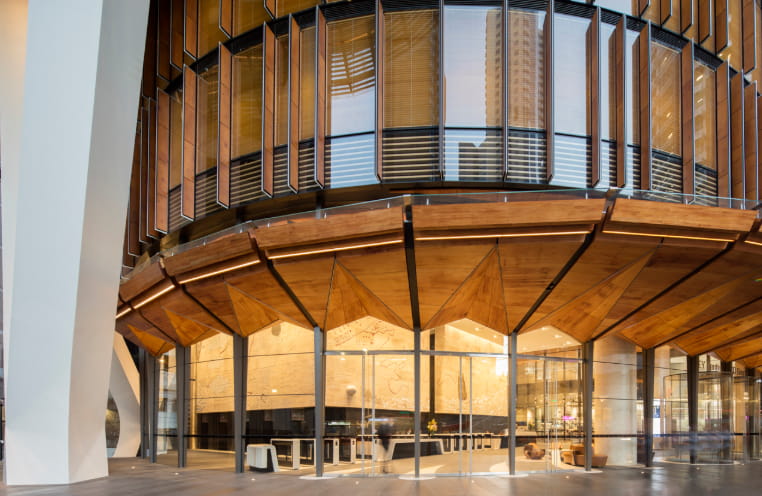 Harold Park by Mirvac won the Great New Places to Live and/or Work at the 2019 Greater Sydney Planning Awards.

EY Centre, 200 George Street has received the International Project of the Year award at the Chartered Institution of Building Services Engineers (CIBSE).