A new resident has moved in at Mirvac’s 2 Riverside Quay, almost three years after its colony was lit up on Eureka Tower by Lord Mayor of Melbourne, Sally Capp. One of Melbourne’s most iconic outdoor sculptures, Richard Stringer’s Queen Bee, commissioned by architects Fender Katsalidis, has landed at 2 Riverside Quay at Melbourne’s Southbank.

The original Queen Bee sculptures were created by artist, Richard Stringer, for a series of studio works in 2003 and 2004. When leading architects Fender Katsalidis saw the original sculptures, they commissioned a large-scale version, a colony of bees which was then installed on the Fender Katsalidis-designed Eureka Tower in 2007.

In 2019, another bee was added as part of a new foyer at the Eureka Tower, and now, Mirvac has commissioned an extension of the iconic artwork to its 2 Riverside Quay building, positioned over the building’s entrance for tenants including PwC and Fender Katsalidis to enjoy.

Andrew Butler, General Manager, Office at Mirvac said the installation of the new bee is an important part of connecting the wider Riverside Quay precinct.

“When Fender Katsalidis came to us with the idea of extending the artwork we were keen to be involved. In 2018, our revitalisation of the precinct included a new flagship office building and a public park, as well as the transformation of the waterfront introducing an eclectic array of dining options, activating the area beyond the nine to five work day.

“Recently, we have lodged a planning permit application to bring to life a vibrant rooftop venue at the precinct, set to be the crowning glory for the precinct, adding an incredibly unique and unparalleled attraction to an already popular destination,” said Mr Butler.

Lord Mayor of Melbourne, Sally Capp said she was delighted that Melbourne’s much-loved bees are multiplying.

“Precincts like Riverside Quay are places for people to come together and enjoy public art that is quintessentially Melbourne. I applaud the team behind extending what is a wonderful sculpture that delights tourists and locals alike,” said Sally Capp.

Karl Fender, Founding Partner of Fender Katsalidis said the addition of this latest bee builds on the unique and much-loved artwork that began on Eureka Tower, and which now further enriches the precinct.

“Capturing the imagination of both Melbourne and tourists alike, Richard Stringer's larger-than-life 'Queen Bee' has established itself as a unique and beguiling feature of Melbourne's urban hive. This art programme reflects our ongoing commitment to the enrichment of the public domain, particularly through the integration of carefully curated publicly accessible art.”

Peter Konidaris, Melbourne Managing Partner at PwC said his team is thrilled to see the extension of the 'Queen Bee' sculpture, and it is a welcome addition to their thriving Riverside Quay community.

“This iconic art highlights the incredible talent of Richard Stringer and pays homage to the world-class arts and culture scene at the heart of Melbourne,” he said.

The new bee can be seen at 2 Riverside Quay, adorning the entrance to the building. Mirvac has announced that it has entered into a 50 per cent joint venture with leading Thai real estate development company, Supalai, to deliver future stages at its masterplanned communities project, Smiths Lane in Melbourne. 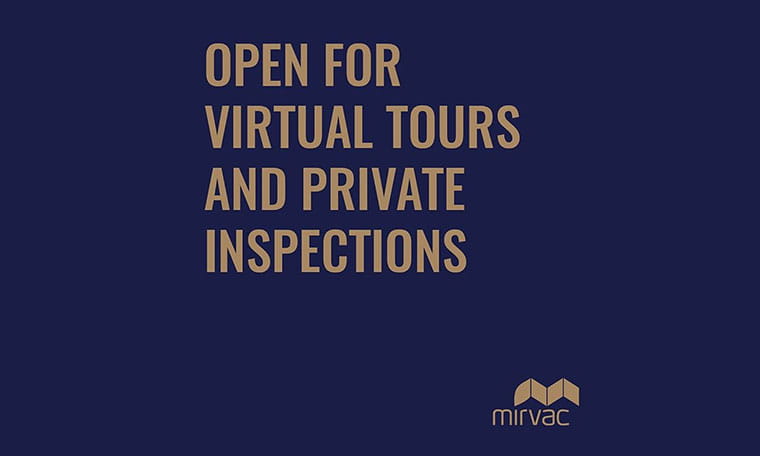